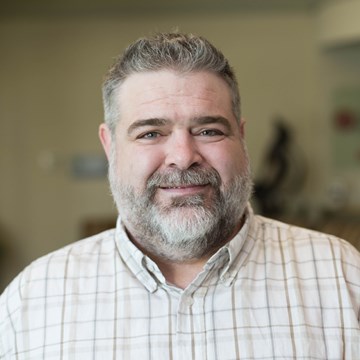 Cale started his career as an on-air personality in 1997. In 2008, he began his involvement with public broadcasting as a volunteer programmer on Northstate Public Radio, which covers Northern California from Marysville to somewhere near the Oregon Border, and from the Spring of 2009 through May of 2012, worked at Northstate Public Radio as Music Director and Programming and Production Coordinator.

"I discovered classical music through my local NPR station as a child. My parents, award-winning country music performers, were a bit surprised when I asked for a Tchaikovsky boxed-set for Christmas, but were always supportive of my interests.  I still retain a romantic notion that, at any time, there may be a child listening who has just stumbled upon this great music and found it to be a revelation of sorts; a pleasure that will serve them for the rest of their lives.  I feel honored to be able to share something in which I have found so much meaning and beauty."

Cale is also a published poet and a lover of art and culture (especially literature, visual arts, film and music), who spends his free time in the company of his wife, Cynthia, and their three cats, Friday, Ambrosia and Pixy. His perfect day: "Meandering through a good art museum by myself…with cheese."