Sacramento City Council will keep the Winter Triage Homeless Shelter open through the end of the year.

UC Davis Medical Center has come up with the $433,546 required to keep the shelter running during December, according to a plan approved by council on Tuesday. This is the fourth extension with shelter operator Volunteers of America since the north Sacramento facility debuted in December of last year.

The original contract was supposed to expire at the end of March, and $4.4 million has been spent on the facility.

According to city homeless services director Emily Halcon, UC Davis pledged the money as part of a larger partnership, but it was decided to use some of the funding to keep the shelter operating for another 31 days.

Volunteers of America had begun to wind down operations at the shelter, according to the city. “Ramping back up is always difficult. So we never want to do that, both for our operators and for our guests,” Halcon said.

She added that the city’s goal is to ensure that shelter residents are signed up for case management, housing opportunities and medical services before the shelter closes.

Homeless service providers have been working on a plan to create several smaller triage shelters throughout the region, according to Halcon.

Currently, there are about 160 people at the shelter. Some 600 have taken advantage of the offer to stay at the shelter since it opened. The shelter operates with a “no-barrier” approach: Animals and people with substance-abuse issues are accepted.

The shelter operators say 27 percent of residents have moved on to permanent housing. Another 9 percent have found some form of transitional or recovery housing. The city says 86 percent of the shelter's guests have reported a disability, 60 percent have a diagnosis of a mental illness and 47 percent have challenges with substance-abuse.

Halcon says there is no option for the city to extend its lease at the shelter location, but didn’t rule that out as a possibility. “If something changes, we will adjust,” she said. 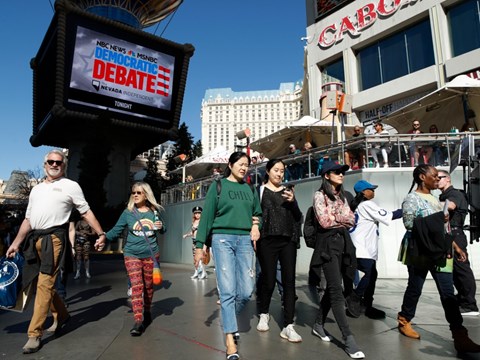